Types AL, ALP are roller type freewheels. These units are part of the modular system. They are bearing supported, using two 160...Series bearings, and require oil lubrication. These units may be used in designs providing oil lubrication and sealing as on the example overleaf.
The bearings must not be axially stressed. Typically, types AL, ALP are used with standard covers that are designed to transmit torque, and provide oil lubrication and sealing. Usually these covers are used in pairs according to combinations shown on the following pages.
The outer race of the AL model is plain to receive and center any component bored to H7 tolerance. Torque is transmitted by bolts through the cover plate in this case.
Types AL, ALP are identical except that type ALP has a keyway on the outside diameter to transmit the torque.
Two paper seals are delivered with each unit to be placed between the outer race and cover plates. 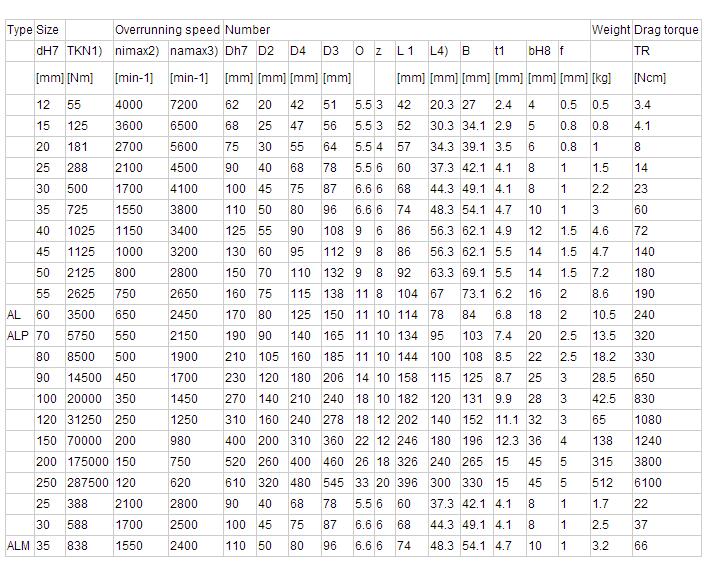